Winter has been pretty weak in my realms this year and that displeases me as I need my dose of snow and unwavering cold. How do I remedy this? By listening to the gloomiest and doomiest music out there. Germany’s Nailed To Obscurity somehow heard my call and released Black Frost, their fourth full-length and its timing could not be better. For those unaware, Nailed To Obscurity‘s third offering, King Delusion won a decent number of frigid hearts back in 2017 with its melodic take on death and doom metal by taking cues from the likes of Opeth, Katatonia, Paradise Lost, Porcupine Tree, Tiamat and everything a sadboi revels in. Black Frost continues with the established but adds a few novelties to better or worse.

The tasty guitar tones, vocal interplay and general sense of melancholy is still prevalent but there seems to be a larger emphasis on space and atmosphere and it works most of the time. Fans of Opeth will especially appreciate NTO as Raimund Ennenga’s cleans and growls resemble those of mighty Mikael Akerfeldt and Nick Holmes. His varied approach works as expected and follows the instrumentation accordingly. The title track sets the mood with those sadboi-renowned harmonics and squeaks, solid cleans before devolving into a crunchy, dark and frigid concoction that moves like the frost it deals with. The space I mentioned plays a big role here, especially in the opening and closing part of the track. It gives a nice feeling of build-up but as with everything, using one thing for too long gets stale and dull really fast and NTO use this technique too much in my opinion. More immediate tracks like “The Abberant Host” proudly wear their Opeth colurs, perhaps a bit too much but it still isn’t nearly as engaging or dynamic as their biggest influence. I actually like the chanty cleans that pop up midway, especially when you hear Carsten Schorn’s lovely bass tone churning underneath. 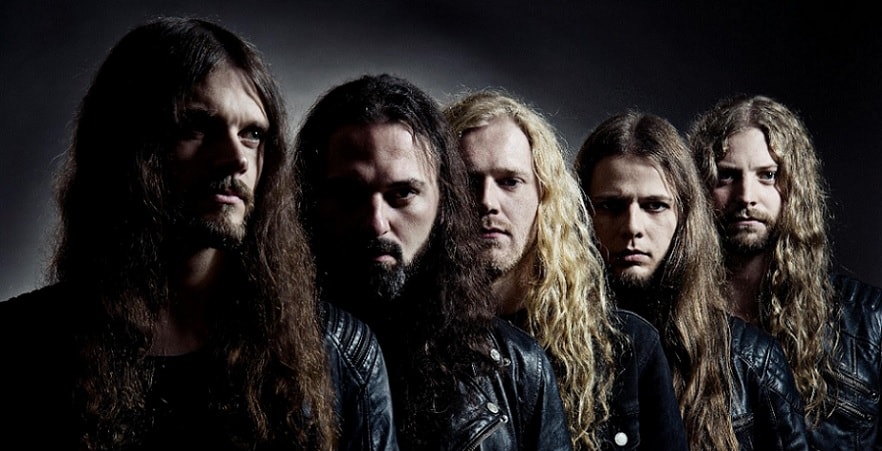 Speaking of which, the production. It’s pretty solid, the guitars and drums are finely mixed and not overpowering, the vocals sit nicely a bit above the guitars but not too much and the bass sounds really good when you hear it like in “Feardom”. As for the band’s performance, it’s good across the board. Lamberti and Dieken’s melodic guitar interplay would be my highlight if they didn’t repeat themselves as much but I’ll get to that later. With that in mind, Jann Hillrichs’ drumming gets my vote as I find his execution the most dynamic and satisfying. He successfully restrains himself from overplaying and his fills and grooves are as tasty as they come, really solid job on his part.

After establishing the band is good and talented, what’s bothering me so much? It has to be the songwriting, it’s a continuation of what King Delusion established but it feels even more safe here. The one-note approach and tendency to really drag with the songs hurts this record the most. What we get is a frustrating result of a band having all the ingredients for a good record but it all falls short due to monotonous songwriting and playing it safe. This may sound like I hate the thing but far from it. I can clearly see the band has all the talent needed but they need to push more because Black Frost feels to familiar and considering the band already plays a style of metal that is established and well known, this is no bueno and we end up with a just eh record. “The Abberant Host”, “Road To Perdition” and even “Cipher” are all proof the band has everything they need but seem to lack true focus and will to experiment and emerge with their own, unique take on proggy death-doom. And until they do find their own voice in this vast music world, I’ll opt for the bands they themselves are influenced by. And trust me when I say, with this weak winter, I need it now more than ever.