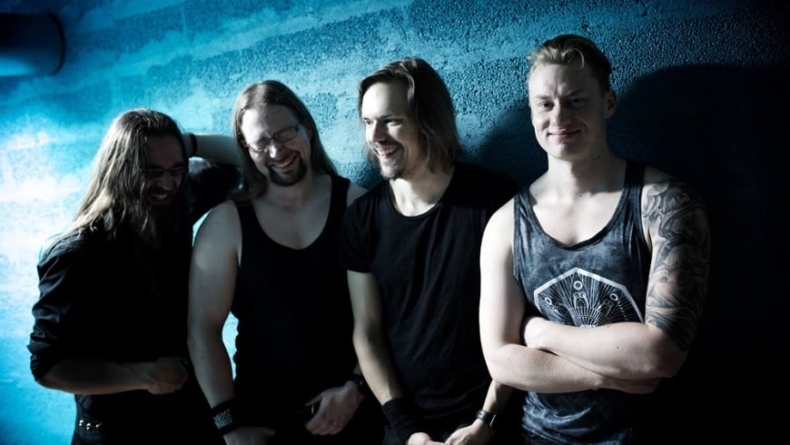 The first single and music video from Finnish melodic metal band Arkadia’s upcoming third album bears the name Head in the Clouds. The song originates from the more energetic and joyful end of the upcoming album, musically taking the band back to its roots of clean vocals and rambling guitar and keyboard melodies. Head in the Clouds is also the first release, in which the lead singer of the band is the founding member Mikko Järvenpää (previously in lead guitars and backing vocals) and second guitars by Heikki Haapanen.

“The journey from the world of childhood to adult life is long and rocky. Master of Fears recaps the trials and lessons of my own life, from self-created fears towards the joy of life. It’s only natural that during the process I became the lead singer besides the guitar playing. Head in the Clouds is an expression of the enthusiasm and energy that rushed years ago as I emerged from my small countryside home village towards the big world and as the opportunities and trolls of life began to unfold. Both mine and Arkadia’s path has been pushed by wicked ambition and the need to succeed. This song tells about the blessing and the curse of this two-edged sword. It remains to be seen which one this song is for its listener!” -Mikko

Since 2003, Arkadia has created melodic metal in it’s own terms, thrown 130 gigs in Finland and the Baltic States, and released two full-length albums in 2014 (Unrelenting) and 2016 (Aspirations & Reality), both typically reviewed as “good” or “excellent” in European and American media. In the spring of 2019, the band released its third album, Master of Fears, which includes 10 tracks that will take you deeper and further into Arkadia’s diverse world, where melodic, energetic and melancholic elements combine with clean and growl vocals. The band’s most influential influences have come from the Scandinavian death metal (including Sentenced and Soilwork), the more recent American metal (including Killswitch Engage), and the 80’s British heavy metal (Iron Maiden).