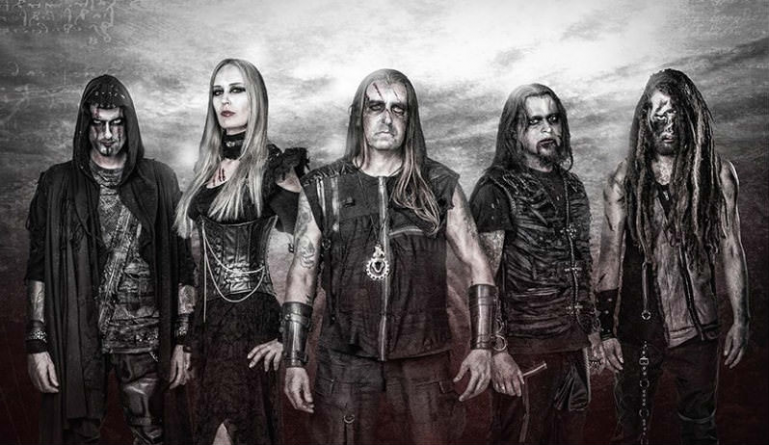 The Epic Death/Black Metal formation BLEEDING GODS, who recently finished their tour with label mates BELPHEGOR and MELECHESH, are sad to announce that they will part ways with their current bass player, Gea Mulder, after their next show at MetalDays 2018 in Slovenia. The split occurs by mutual consent and a new band member will be announced shortly.

“With a mix of emotions, I inform you that I will part ways with Bleeding Gods after our upcoming Metaldays show, 22nd of July.

As not many people know I have been coping with signs of burnout. The decision to quit Bleeding Gods has been one hell of a difficult decision, but I know this is the best thing to do. I have to move forward and so does Bleeding Gods. My years with Bleeding Gods have been a ride with a lot of great memories. I appreciate the chances we have been given; the opportunity to sign with Nuclear Blast and play in Russia, Japan and Europe and our recent shows with Belphegor and Melechesh. It has been a real blast.

I wish my ‘brothers’ all the luck and success in the world and hope to see them on the road again. I’m planning to write music again and work for other musicians with my company Guitart. I’d like to say a special thank you to our fans, my friends and family, our crew, Nuclear Blast, the bands we’ve played with and everyone who supports us around the globe. Hope to see you soon.”

The band wishes Gea all the best for the future and released the following statement:

“Thanks to all for your support towards Gea and us. We have been receiving many questions in regards to possible auditions etc. Since everything was discussed openly and in good harmony we could already prepare and we have already found our new Metal Queen. We will share more news with you in a few weeks.”

If you want to catch the band live, make sure to check out their live show in Slovenia next week:

Get your copy of their latest album »Dodekathlon«, here.

The album was recorded at Pitch Note Productions and Hal 5 Studio; mixed and mastered at Soundlodge Studio. The cover artwork (see below) was created by Dimitris Tzortzis from Immensa Artis.

This author has not added a biography. Meanwhile Treći Svijet has contributed 13746 posts. Click here to view them.