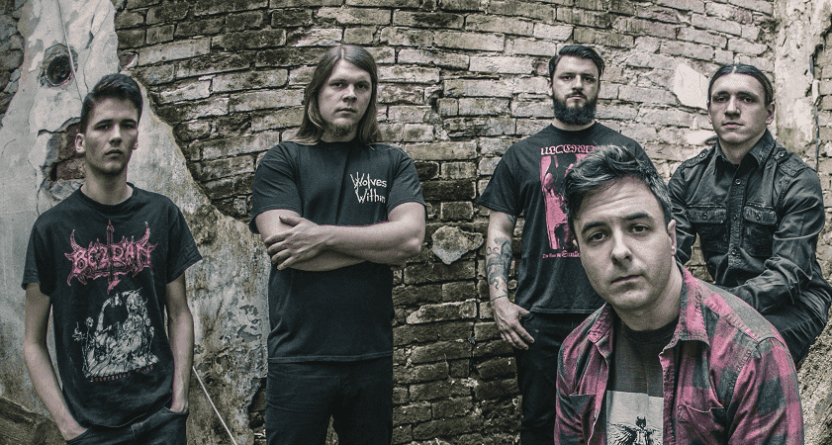 Groove metal newcomers COLD SNAP from Croatia have released the brand new music video for their single ‘Fallen Angels’ off their latest fourth studio album »All Our Sins«.

Get the record now here.

COLD SNAP sates: “Can`t you see we`re all fallen angels? This song if for all those who are searching for themselves every day, struggling with depression, for all those who sometimes feel forgotten, abandoned and disappointed in society. The video was filmed with five cameras, live, on Cold Snap show at Spancirfest in Varazdin (Croatia). We would like to thank all great fans that came from Croatia, Slovenia, Austria and Bosnia to support us and enjoy in our WALL OF DEATH, CIRCLE PIT, MOSH PIT, HEADBANGING and more.”

The album, which was produced, mixed and mastered by Tue Madsen (HEAVEN SHALL BURN, MADBALL, KATAKLYSM, AT THE GATES, MESHUGGAH, and many more) in his Antfarm Studios in Denmark includes 12 songs of brutal Groove Metal that speak about various topics from the band members’ various perspectives. Ranging from personal issues, such as watching close family members endure pain and suffering due to illness, to general views of the world as it exists today including people having to flee from their war torn homelands or famous musicains feeling the need to take their own lives. It also includes guest parts of Eddie Berg (violins, vocals) and Harald Barrett (vocals) from IMMINENCE. The artwork for »All Our Sins« was created by Željko Manojlović.