Interview | Craig Dyer (The Underground Youth): „Sometimes you have to dig a little deeper to find what’s worth“

The Underground Youth is one of those bands that has managed to reach an audience on the Balkan as well. The band’s frontman Craig Dyer said in an interview with the Third World that the Balkan audience is one of the best in Europe, and talked about the band’s plans, news and poetry.

How did you come up with your band’s name?

One of the earliest poems I wrote was called ‘Underground Youth’, it was one of the first that I added music to to create a song. I needed a name for the project and decided to go for that.

There’s a lot of post-punk and shoegaze in your music, you have that dark tone that binds to bands like Joy Division, The Cure, Echo and The Bunnymen. The band was formed in Manchester, we know that Manchester is famous for the music scene, has “Manchester sound” also had impact on your music?

It’s hard for me to say, I guess the city gives off a certain vibe and maybe that leaked into my writing and the music that I created there. But I would never consider ourselves as having that ‘Manchester sound’.

As a city Berlin has been greatly influential on me, the history in everything is palpable and that inspires in a strong way. It’s an exciting city and there’s a lot of different sides to it to take in, I try my best to absorb myself in that.

Berlin is also known for music scene, mostly techno, but which bands can you point out, bands that you think are the “true soul” of Berlin?

There’s a lot more going on here than just the famous techno scene, crossing genres and styles. There’s an exciting alternative and punk scene and a seemingly unlimited list of bands like ours who moved here from somewhere else. I’d be wary of commenting on the ‘true soul’ myself, that’s much more of a job for a true Berliner.

Recently you published your first book of lyrics and poetry called “The Devil In Me & In All The Rest” can you tell me more about it?

It’s an idea we’ve had for a while, there’s over ten albums worth of material now and it makes for an interesting read to compare the poetry I was writing ten years ago to what I’m doing now. I was a bit nervous about how it would be received but so far I’ve only heard and read positive things. 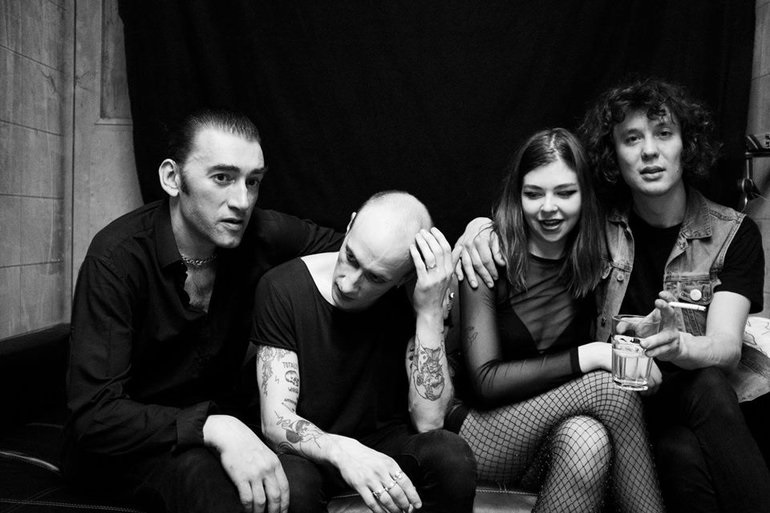 Speaking of poetry, whose songwriting you appreciate and who is your favourite poet?

Well in danger of stating the obvious, it was the obvious writers who sparked my interest as a teenager, Cohen, Dylan, Patti Smith, Nick Cave, those of the Beat Generation practicing poetry and interesting styles of writing. I read the writers who influenced them and those that they influenced. Going back to the classics and forward to my contemporaries.

What do you think of today’s music? Are you annoyed when you see what’s popular today?

It frustrates me how the music industry is run but I can’t be annoyed by what music is popular. There’s still exciting things happening and great music being made. You sometimes just have to dig a little deeper to find it.

You last for so long, you have a lot of albums behind you and yet band stayed “underground” you are far from mainstream, how do you managed that?

It was never a conscious decision for that to be the case, sure we’ve made steps that have leant to that, the music we choose to make, we manage ourselves and only work with limited PR and things like that. To be honest I don’t know how or why it is this way. But honestly, I wouldn’t change the way I’ve done anything.

For the past years you performed a lot in this region (Zagreb, Sarajevo, Belgrade) and you are very known, what do you think about Balkan audience?

It’s always a lot of fun, it’s a beautiful region and filled with such passionate people. The crowd reaction and interaction is amongst the best in Europe.

You announced that you will record your new album in March, can you tell me more about that, also you announced bands first tour in USA and Canada. Are you exited?

We’ll start recording the new album next week! It’s written already so I’m excited to get into the studio to record. And yes our first time out to the USA and Canada in March, we’re excited. It seems strange for us to have existed for so long and have toured around the world but never over there.

And the last question, what are your plans for this year?

So a new album, a tour of the USA and Canada, we’ll also be touring in Europe in May. We had a very busy productive year in 2019, ideally I’d like to make 2020 the same.