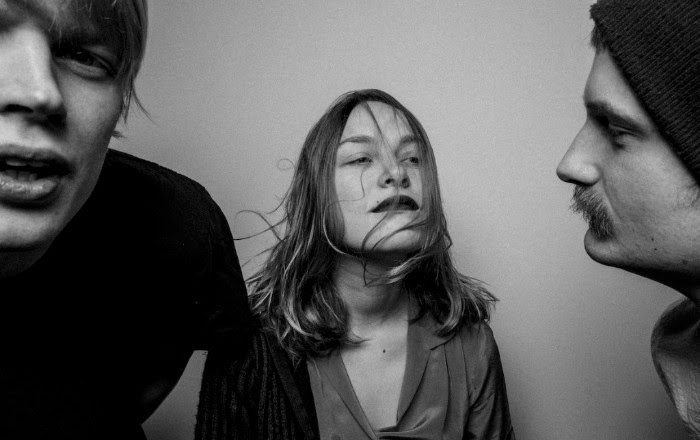 Sauropod reveal new single ‘Ripping’ – the latest seething instalment from their self-titled EP, released August 24 via Propeller Recordings. At just under three-minutes, ‘Ripping’ showcases the same high-octane, grunge-tinged rock we’ve come to expect from the Oslo-based trio; with an impassioned – and equally enraged – vocal delivery that stands firm on the feminist fundamentals that underpin Sauropod’s lyrical output and overarching ethos.

“We want to stand out, and be loud, and actively dare to speak up,” explains bassist/vocalist Kamilla Waal Larsen. “We shouldn’t be afraid of sharing our experiences, or having our experiences mean something to other people as well.”

The track makes a blatant comment on sexual violence against women, with vocalist/guitarist Jonas Røyeng contemplating a more retributive path to justice: “It’s a purposefully violent lyric, there’s an urge to actually assault someone,” he says.

Lead hook ‘Why not rip it off and you go free’ is an evolving refrain, with the first initial instances petitioning riddance of/freedom from a situation. “But it felt wrong to stop there,” Jonas says, referencing the track’s closing couplet: “Wish I could’ve found my lover’s violators all at once, castrate them”.

“I guess the last chorus turned into being about the urge to literally ‘rip’ someone’s dick off. And ‘you go free’, about how most guys go unpunished for sex offences.”

“a powerful barrage of shrieks, shouts and riffs sounding like the love child of Wolf
Alice and Rammstein” — PUNKTASTIC

The band actively promotes underage/all-ages shows, having also embarked a series of Norwegian school tours from 2016-18 – the latest of which, incorporated a monologue written and performed by Oslo-based feminist arts collective PAC, of which Jonas is also a member.

‘Ripping’ is partnered by news of Sauropod’s UK return – October 20 at The Lock Tavern, London – following back-to-back dates with label mates Sløtface and festival appointments including Øya Festival (NO), Trondheim Calling (NO), Eurosonic (NL) and Visions Festival (DE).

Sauropod’s self-titled EP – featuring singles ‘I Know Where You’ve Been’ and ‘Headed’ – is well received ahead of release, with its collective parts picking up support from DIY, The Line Of Best Fit, NME and Clash, alongside airplay from Huw Stephens on BBC Radio 1.