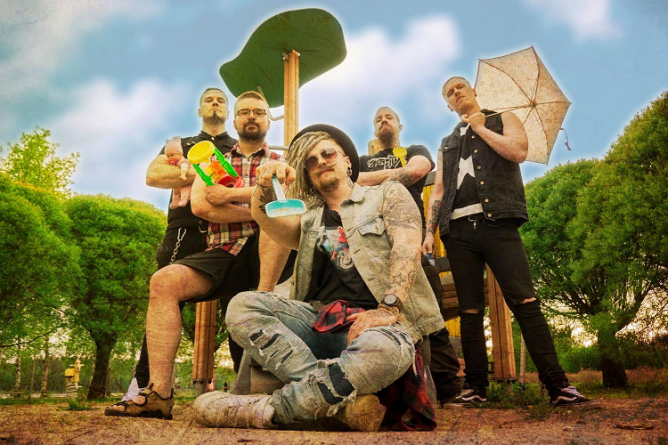 Where's My Bible is formed in Heinola 2014 and their music blends rock and punk influences with death and black metal. The band is no stranger to the big stages and they have played at the main stage of Tuska Open Air Metal Festival and made an appearance at the Russian Emergenza final. The band is well-known with their energetic live performances.

The band's guitarist Toni Hinkkala comments:
“We are proudly releasing our single “Meatholder” which music video summarises the band's main idea. (We are dead serious with a twinkle in the eye). We're excited about our upcoming debut album M'n'R which is very versatile in many ways and it's not limited to only one music genre. This album is exploiting example of that Mosh N Roll is love and rock attitude with heaviness of metal music”