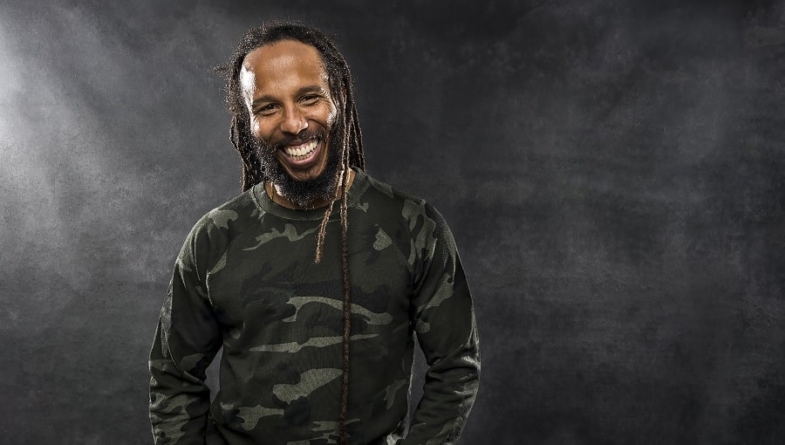 With the song Marley wants to show that the youth is the embodiment of the change that is needed in society, and it will be them who make this revolution happen. Ziggy Marley is returning to Europe this summer.

If anybody can incite change through music it would be Ziggy Marley. In fact, it is in his blood. For as much as he upholds a family tradition that began with his father Bob Marley, Ziggy has also blazed a trail of his own. After eight records with The Melody Makers, he kicked off a legendary solo career in 2003 with the release of his Dragonfly album. Marley impressively garnered the Grammy Award for ‘Best Reggae Album’ in 2006 (Love Is My Religion), 2013 (In Concert), 2014 (Fly Rasta) and 2016 (the self-titled Ziggy Marley), while his latest album Rebellion Rises from 2018 marked his fifth consecutive debut at #1 on the Billboard Top Reggae Album Chart.

The video for World Revolution features Ziggy's kids Judah (14), Gideon (12), Abraham (8), and Isaiah (3), along with former Tuff Gong-intern SamuiLL Kalonji who is featured on the track. SamuiLL (who is originally from Kenya) sings in Swahili. Within his lyrics the phrase ‘Tujenge pamoja, tulete pamoja, tuongeza pamoja’, can be found, which means ‘let's build together, let's bring it together, let's add on together.’

Ziggy returns to Europe this summer for a run of club and festival shows. All dates can be found below.